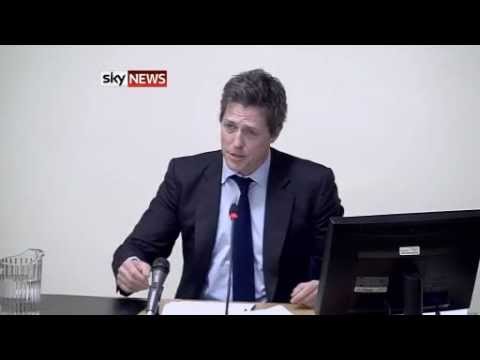 Actor Hugh Grant has said he suspects his voicemail messages were hacked by The Mail on Sunday. He said there was “no conceivable” way a story the newspaper published in 2007 about a Warner Brothers employee could have been written without his messages being listened to. Mr Grant sued the newspaper for libel over the story and won. It is the first time he has implicated a newspaper not owned by Rupert Murdoch.